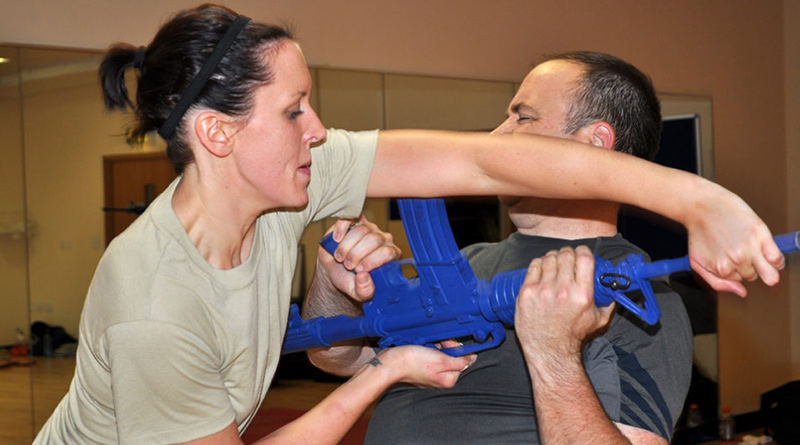 Krav Maga is a self-defense system developed for the Israel Defense Forces (IDF) in the 1930s and 1940s by martial artist Imi Lichtenfeld. He was a boxer and wrestler who, after immigrating to Israel, began to provide lessons on combat training to soldiers there. Eventually, these soldiers formed the IDF and Lichtenfeld’s system of combat became formally known as Krav Maga.

The name in Hebrew can be translated as “contact combat.” The root word krav means “combat” and maga means “contact.” Krav Maga is not classified as a martial art; it’s a self-defense technique designed for the real-world. The main objective is to defend yourself using preemptive counterattacks until you are safely away or your attacker is incapacitated.

The three main points in Krav Maga are awareness, prevention and self-confidence. Krav Maga uses quick movements that are merciless. You strike at your attacker’s vulnerable points, such as the eyes and groin, and then escape. Taught to elite combat units originally, it is now becoming popular with women as a self-defense technique. Krav Maga Global says that in the past 18 months it has seen around a 50% increase in women coming to train.

You might not think of women as being capable of such force, but according to a United Nations analysis presented to the General Assembly by Secretary General Ban Ki-moon in 2015, about 35 percent of women worldwide — more than one in three — said they had experienced physical violence in their lifetime. The report also found that, in 2015, one in 10 girls under the age of 18 was forced to have sex.

“United Krav Maga London founder Magdalena Nikitczuk explains, ‘In martial arts, fights are done in weight categories but on the street it’s more likely an attacker will choose a smaller victim,’ … ‘Women need to know how to use their body weight and put power behind a kick or punch.’

“‘You might have just one opportunity to stop the attack so you should go for the most painful point. If you attack the eyes then your attacker can’t run after you.’

“‘It teaches you to be able to spot danger and be aware of places to run away,’ she says. ‘Also to learn how to avoid problems before they become more serious. And, finally, it gives you the self-confidence to know you can deal with a problem if it arises.’

“‘Although it was developed for the army, Krav Maga has been adapted to suit the needs of civilian life,’ ‘Students learn how to deal with a wide range of scenarios. They learn fighting skills and how to defend against punches, kicks, choke holds, headlocks and even weapons.’”

Krav Maga encourages students to avoid confrontation. If this is impossible or unsafe, it promotes finishing a fight as quickly as possible. Attacks are aimed at the most vulnerable parts of the body, and training is not limited to techniques that avoid severe injury; some are even intended to permanently injure or cause death to the opponent. Students learn to defend against all variety of attacks and are taught to counter in the quickest and most efficient way.

Some of these techniques include:
Counterattacking as soon as possible (or attacking preemptively).
Targeting attacks to the body’s most vulnerable points, such as: the eyes, neck or throat, face, stomach, groin, ribs, knee, foot, fingers, etc.
Maximum effectiveness and efficiency in order to neutralize the opponent as quickly as possible.
Maintaining awareness of surroundings while dealing with the threat in order to look for escape routes, further attackers, objects that could be used to defend or help attack, etc.

Training can also help students develop an understanding of their surroundings by teaching them how to understand the psychology of a street confrontation, and identify potential threats before an attack occurs. It may also cover ways to deal with physical and verbal methods in order to avoid violence whenever possible.

Drills provide maximum safety to students by the use of protective equipment and the use of reasonable force. Amanda Martin, a female student of Triumph Krav Maga in New Orleans, Louisiana, particularly enjoys the “boot-camp” style training she experiences in her weekly circuit Krav Maga courses. “Also,” she notes, “there is a camaraderie rather than competition within the group. Everyone is at different fitness levels, and yet learning the same skills, so the encouragement of everyone has been really great.”

Martin recommends contacting the fitness centers and gyms near you to find Krav Maga classes. “The best way to know if a certain class or instructor is right for you is to actually take an introductory class,” she says. “Many Krav Maga instructors offer free or discounted classes for first-time newcomers. My priority was finding a class that fit my busy schedule, and I was happy to find a number of options in my area.”

To find a certified Krav Maga training center near you, visit: www.kravmaga.org/2016-saam.

Amy Aumick has been a freelance writer for over 15 years. She has worked with the Red Cross in hurricane disaster efforts and volunteers at local shelters when she’s not busy raising her daughter. 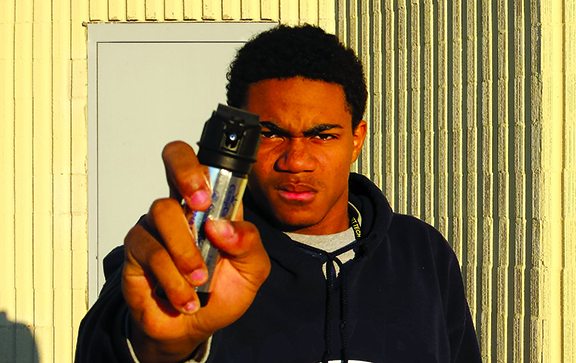 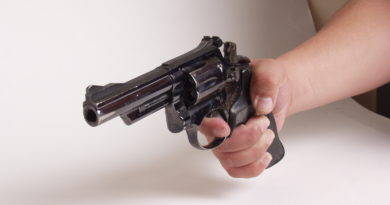 The Defensive Handgun: A Guide for Beginners

DV Bugouts: A Guide for Victims of Domestic Violence