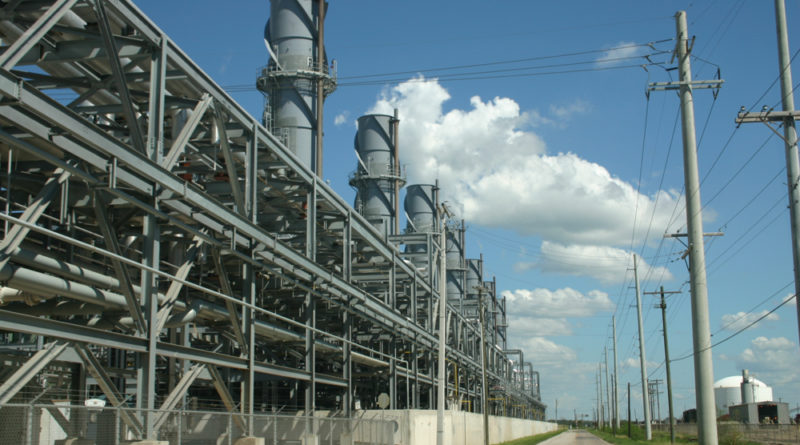 A large number of people I talk to about solar do not understand how they are billed for electricity or how much electricity they use. Each electric utility has its own billing format. However, the components included in the billing are generally the same. To make this interactive, grab your electric bill and follow along while we analyze a bill.

All the electric appliances in your home draw a certain number of watts. The length of time they are turned on and the amount of power they draw result in the number of kilowatt hours your house uses. 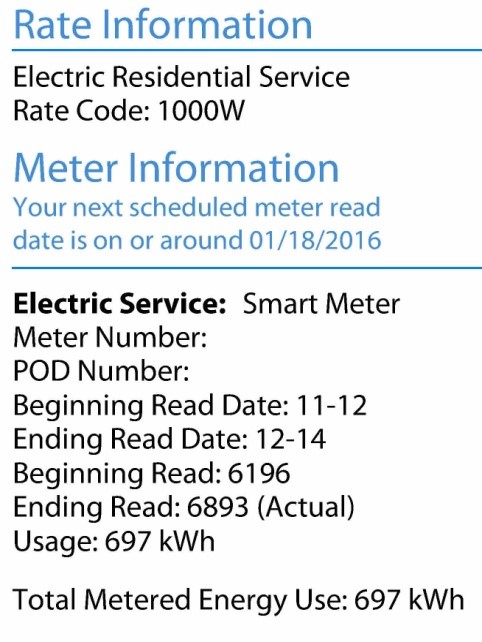 Your meter monitors the amount of electricity which goes into your house. Then the electric utility will outline your charges which are mainly based on a per kilowatt hour basis. Most companies charge for both the energy used and the distribution of that energy from the power plant to your building. In this example, that may be found as “Energy” and “Distribution.” This particular company has a tiered billing system in which the first 401 kWh are charged at one rate and energy used over that amount is charged at a greater rate.
This utility also charges for the distribution based on the same tiered schedule. 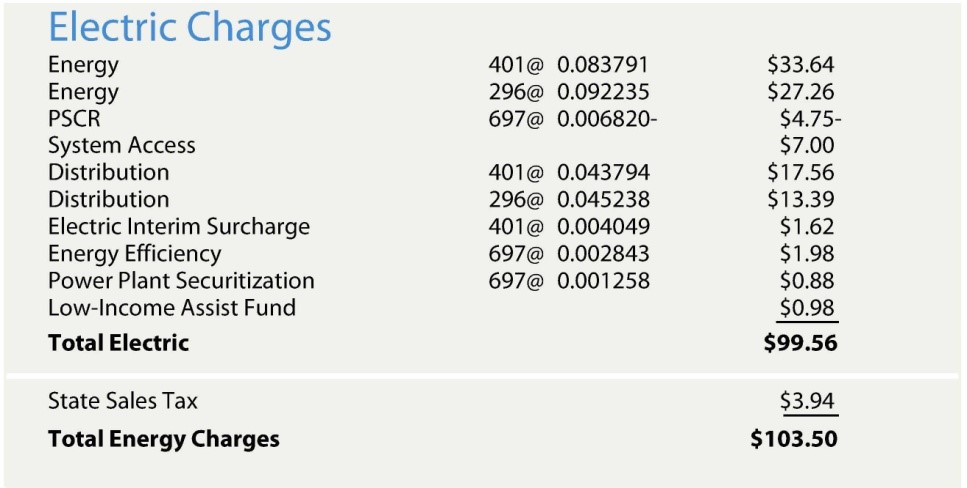 There is a smattering of other charges, also by kilowatt hour. This particular company, in Michigan, adds the following charges:

So analyzing this bill, although the power company says their customers only pay 0.08/kWh the actual charges are much higher, almost twice that amount. They are only talking about the rate for the first 401 kWh of energy. If the total energy charges are divided by the total kWh’s, we derive a much larger number per kWh. ($103.50/697 = 0.1485, or 0.15/kWh.

Congratulations! You have now taken the first step in energy independence. The first stage is understanding your electric bill and learning how you are charged for energy. Armed with this knowledge you are able to take steps to reduce your electric usage. Energy efficiency is a key part of going solar. The cheapest energy is the energy you don’t use.

Beware of energy vampires
Energy vampires are things around your house which suck power even when they are turned off. Examples are cable/satellite boxes that have a red light on when the device is turned off. That red light is drawing power. Cell phone chargers left plugged in and not charging something are another example. I suspect you can find at least 10 items, maybe more, in your home that are drawing power that is not being used. This can increase your bill by as much as 20%.

Go on a vampire hunt after dark and look for lights and other things that are turned on and drawing power even though they are not being used. Unplug things at the source or use a power strip which you shut down when the attached items are not being used. To prepare yourself to become a power producer you want to have the most efficient machine as possible. It is best to do away with waste in the system.

I challenge you to examine your electric bill and your gas bill if you have that also. Learn what you are being charged for and what you are paying for it. Your utility company website will have the information detailing their various costs.

Mary McGraw has been involved in the solar industry since 2008. She owns an e-commerce solar business. Mary is also on the Board of Directors for Great Lakes Renewable Energy Association. 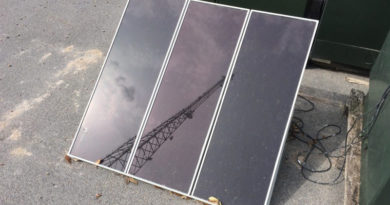 So You Want to Switch to Solar…